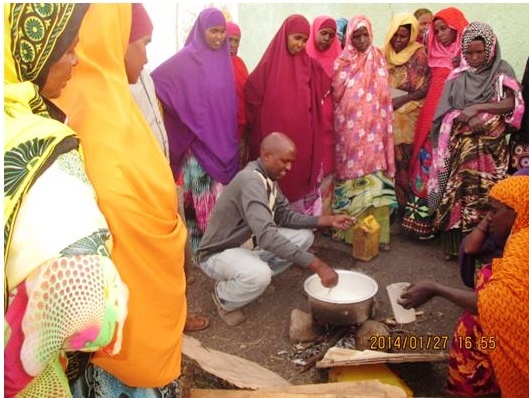 I used to travel long distance of about 6 hours round trip to nearby villages to sell my milk where I experienced a debilitating tiredness, pain in stomach and external fear such as rape. Now things changed and I am no longer walking this long distance where I am in my village and sell the milk.

Ethiopia has one of the largest camel herds in the world estimated to be 2.5 million traditionally kept mostly by Somali and Afar communities. According to livestock value chain commissioned by Mercy Corps, there have been three major constraints facing the milk value chain in Somali region. These are; poor milk market development due to lack of linkage, milk quality problem which causes marketing problem and harm consumer health and very low milk production yield due to lack of fodder and limited availability of local breeds. Major causes of the above constraints according to the study are; producers are not organized except few informal women’s groups in east Hararge zone, no milk producer groups exist, producers and traders are not linked to any milk processing factory, producers add water to the milk to increase milk quantity and add medicine such as Tetracycline to prolong preservation period, and recurrent droughts  and scant rainfall which caused livestock to deteriorate and pasture to be over grazed, severely reducing milk yield.

In addition to this study, however the amount of milk produced by the local community was low, there have been other constraints apart from the above mentioned ones that those communities used to face, to mention some of them; poor road infrastructure, transportation problems, lack of capacity building for producers, and  limited income of milk marketing individuals.

Given the above constraints in the milk sector, ACPA initiated a new and innovative approach to address and minimize these problems in the milk sector specially the camel milk using a value chain concept. It is the first time in Ethiopia a camel milk sub sector is being addressed using a value chain concept. ACPA has prepared a proposal on camel milk development and submitted to USAID with an overall objective of increasing household incomes and nutrition. This project has three key results; increased camel productivity, improved milk hygiene and quality, and increased market access and linkages. This project is operational in two zones; Sitti and Fafan formerly known as Shinile and Jijiga respectively. Over 70% of the populations of these two zones depend on livestock based economy where women are the custodian and producers of livestock products mainly milk, meat, hides/skins and leather. The project is also focusing on women in order to empower them and over 80% of the beneficiaries are women. Major activities of this project include; organizing of producers in to groups called milk marketing groups and provision of grant to these groups, capacity building on milk hygiene and sanitation, camel husbandry and management, linking of milk marketing groups to milk processing firms etc.

A total of 19 cooperatives (milk marketing groups) were supported in the form of grant and trainings. Each group received 50% of the total allocated grant which is 30,000 ETB equivalents to 1,538.5 USD approximately; the remaining 50% of the grant will be dispersed for the groups based on their performance. The groups also contributed significant amount cash by themselves; group contribution was different according to the size of the group and a total of 248,958.4 ETB equivalents to 12,767.1 USD approximately were contributed by the groups. The project also facilitated opening of bank book account in commercial bank of Ethiopia for the groups to deposit their money for promoting saving culture of the groups and also minimizing of the risk of damaging the money by other external parties. These milk marketing cooperatives started their business and they are operational for the last 4 months.

Halimo Halab, a 40 year old mother with 8 children (6 sons and 2 daughters) who lives in Elbahay kebele of Babili woreda is one of the direct beneficiaries of camel milk project. She is member of one of the milk marketing cooperatives established in this kebele, El bahay, by the camel milk project her group is called Al Nasri with a total members of 44 all women. The group has contributed 17,000 ETB equivalents to 871.8 USD and received 30,000 ETB equivalents to 1,538.5 USD. Both the contribution and the grant are the asset of the group.

Before becoming member of the group, Halimo used to work individually in the milk market. She used to take her milk to Babili using at the back of her donkey, during this long distance walking round trip, Halimo faced a lot of problems including; pain around her stomach, legs and joints, fear of abduction, and lack of somebody to care her young children during her absence from home. Halimo used to take 60 L of milk to Babili which she used to walk a 6 hour roundtrip and a maximum of 25 L of the milk she used to sell and the remaining 35 L returned to home and give her children and neighbor. According to Halimo the main reasons for not selling all milk were; poor market, the milk used to get sour taste as a result of long distance and direct sunlight contact which makes milk less interest for the consumers, sometimes the milk used to spoil and no one needs them as they can’t be used for any purpose. Continuing in her speech, Halimo added that all the above problems were caused by limited income to transport the milk using vehicles and lack of proper sanitation and hygiene training. As Halimo said, she used to clean her milk containers using stones and water which caused to make small holes inside the container where bacteria might hide.

After becoming member of the group and getting support, things changed and now I feel relieved of pain, long distance walk and worry of my children, said Halimo. The group is well organized we have rules and regulations and capital that we run our business normally. We purchase 800 L of milk with 6,400 ETB equivalents to 328.2 USD per day and sell 7,200 ETB equivalents to 369.2 USD. She said the market is good and we were linked to a local milk processing factory called Barwako by the project. According to Halimo, her group has saved 6,500 ETB or 333.3 USD and deposited in their bank account. We got training on milk and personal hygiene; things we were taught include hand washing with soap before handling milk and cleaning of milk containers using detergent and hot water rather than stones as these are unsafe and can bring ill health to consumers.

‘’we are well coordinated, organized and better than being individual’’ said Halimo.

This story is about the US president’s global hunger and food security initiative, feed the future. The story occurred in El bahay, Babili, Somali Region, Ethiopia. The component that the story relates is IR1 Improved Agricultural Productivity and sub-intermediate result 1.1 Enhanced Human and Institutional Capacity Development for Increased Sustainable Agriculture Sector Productivity of FTF Indicators by F standard program structure with goal of sustainably reduce global poverty and hunger. 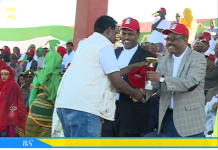 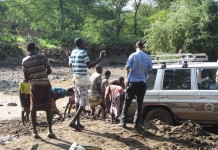 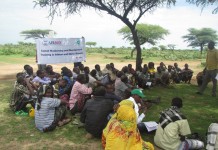